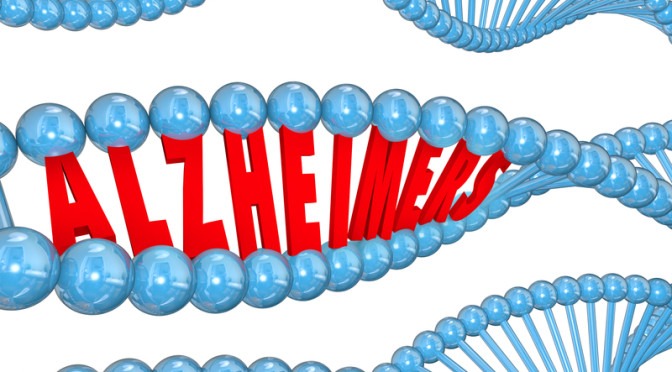 There seems to be an ever-expanding number of companies looking to help you understand your Genes. Members of my family have had their genes tested to try to find out ‘where they come from’ and learned they’re part Sicilian, part Arab and part Viking. You could learn what health risks might lie waiting for you in the future so you can prepare yourself through diet, exercise or more focused medical tests. Medical ethicists worry about the potential for designer babies even as we begin to imagine the elimination of some birth defects. And who wouldn’t want super powers like Superman’s strength or heat vision.

But there is a very significant (and much more mundane) risk regarding long-term care insurance that you need to understand before you send away for your personal DNA test.

The Genetic Information Nondiscrimination Act (GINA) was passed in 2008 and “protects Americans from being treated unfairly because of differences in their DNA that may affect their health.” The law prevents health insurers and employers from using your DNA against you. This applies to health insurance applications (your DNA can’t be used to charge you a higher rate or decline your coverage), although it was also made mostly irrelevant by the Affordable Care Act’s (Obamacare) requirement that health insurance coverage could not be denied. GINA also prohibits an employer from using genetic information for decisions like hiring, firing, promotions, etc., and they can’t make genetic tests a part of the hiring process.

However, GINA also came with a huge flaw: it doesn’t prevent other insurance carriers from using your DNA against you. This is especially important when it comes to life, disability or long-term care insurance. When you apply for these kinds of coverage, they will ask you about your medical history. They will also ask you to release your medical records for them to review, and they may even request blood or other tests to ensure that you’re in good health. This is called “underwriting”; the process of figuring out how much risk the company is taking on by selling you an insurance policy. This helps them to set the price of the coverage because the sooner you’re likely to cash in on a policy, the more the company will charge you for the insurance.

When it comes to genetic testing, if it’s in your medical records (such as a test ordered by your physician), the results of that test are fair game. Insurance companies mostly haven’t started to specifically require genetic testing as a part of their underwriting process, but realistically it’s only a matter of time. So, if a genetic test is done that shows you have a higher risk of a serious disease like cancer or Alzheimer’s, that test may raise the cost of your life or long-term care insurance.

Similarly, a study by a Harvard Medical School researcher found that people who learned through genetic testing that they had genes associated with Alzheimer’s were five times more likely to purchase long-term care insurance than the average person on the street. This is hardly surprising, and as the tests become cheaper and easier to use, consumers will want to know more about their genetics and their personal risk factors. And so will insurers.

What’s not clear today is the extent to which a test that you buy over-the-counter or directly from the company is available to the insurance companies. For example, 23AndMe, a genetic testing company, stated to me unequivocally that they do not provide test results to insurance companies, however, per the terms of the 23AndMe privacy policy, “Under certain circumstances your information may be subject to disclosure … in coordination with regulatory authorities.” Counsyl, another genetic testing provider, was unable to comment about tests ordered directly by consumers, but according to Counsyl’s website policy notice, “We adhere to the same privacy and security laws and regulations that govern hospitals and doctors.”

I expect we will start to see insurance companies wanting to add using genetic information to their underwriting in the fairly near future, and regulations about how these tests can be used by the insurers will quickly follow. In the meantime, before you have a genetic test done, read up on GINA to understand who else might be able to access those test results and how genetic testing may impact your life, disability or long-term care insurance.