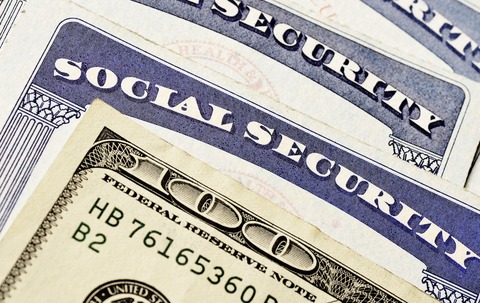 People today are generally living longer, but Social Security hasn’t been fundamentally changed since 1956. A 65 year-old retiree in 1956 had an average life expectancy of about 12 years (77). Today, a 65 year-old man retiring at age 65 has a life expectancy of almost 20 years. A 65 year old woman can expect to live 21 more years. And these are averages, which means that half will live longer. 25% of people retiring today will live past 90, and for highly educated, affluent people, the chances are even better. The last number I want you to keep in mind is that for couples, the average survivor will live 11 years past the death of his or her spouse.

Although the Full Retirement Age (FRA) for Social Security has been adjusted slightly from 65 to 66 today (and 67 for many younger workers), a worker who retires before FRA will have their benefits reduced by about 5/9% per month that you start early. If you begin collecting at age 62, this works out to about a 25% reduction in benefits FOR LIFE. Thus, if you would be entitled to $2,000 per month at full a retirement age of 66, starting early could reduce that to as little as $1,500. That’s a $500 per month reduction for the rest of your life. If you live 30 more years, that amounts to $180,000 in lost income.

Conversely, if you are able to wait until age 70, by claiming Social Security later your benefits would be increased by about 32%, or $640 per month. For life. What’s the difference between taking benefits at age 62 vs. waiting until age 70? $1,140 per month, for life—almost 60% more.

Furthermore, if you are still working before Full Retirement Age and claim Social Security benefits, those benefits will be reduced by up to $1 for every $2 you earn over $15,480.

For single workers, it is almost always better to wait until 70 to claim your benefits. The reason for this is that if you can live off of other savings, the annual increase in Social Security payments amounts to a permanent, risk-free increase in your annual income, with an annual inflation adjustment. Claiming Social Security later basically amounts to longevity insurance, since it will pay benefits as long as you live.

For couples, who tend to live (jointly) longer than single people, the benefits are even greater. In this case, the high income earner delays taking benefits until age 70. Meanwhile, the lower income earner in the couple can claim benefits. Using this strategy, when the higher-earner passes away, the survivor will receive the greater of the higher earner’s benefit or his or her own. If the survivor then lives another 11 years (again, the average), then this permanently raises the survivor’s income by a very meaningful amount.

Clearly, no strategy like this fits every situation. Please contact the team of CFP® professionals at Blankinship & Foster to review your specific situation, needs and resources in order to determine if claiming Social Security later is the best strategy for you. Dr. Shoven’s research, however, was quite clear on one very important point. For most retirees, even those in poor health with relatively low life expectancy, taking benefits early is a poor strategy with very real long-term costs. For couples, the impact can be especially damaging.

One response to “Claiming Social Security Later may Optimize Your Benefits”