Category: All, B&F in the News, Press 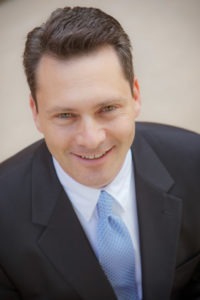 “I’m honored to be leading such an important organization,” said Beyrer. “As Blankinship & Foster’s Chief Compliance Officer, I know first-hand how important regulatory compliance is, and how it serves and protects our clients.”

Beyrer serves in a number of roles. His primary role is a Senior Advisor and Chief Compliance Officer of Blankinship & Foster. He also serves as Chairman of the board of the Professional Alliance for Children, a public charity he co-founded in 2011, and participates in a number of other local organizations, including Rady Childrens Hospital Foundation and the Gift Planning Advisory Board of Scripps Healthcare Foundation. A past president of the Financial Planning Association of San Diego, Beyrer served on that board for seven years.

“Jon taking on this role is a testament to his leadership in our industry,” said Stefan Prvanov, CFP®, Blankinship & Foster’s President and CEO. “Jon exemplifies one of Blankinship & Foster core values and guiding principles: to promote a culture of community involvement.”

Southern California Compliance Group is an association of regulatory compliance professionals. The group provides an open forum where candid discussions with advisory, RIA employees, industry personnel and other members can take place. Meetings are held in four locations around Southern California, in Los Angeles, San Diego and Orange Counties.

Blankinship & Foster is an independent wealth advisory firm whose guidance extends beyond investments. Blankinship & Foster specializes in working with retirees, women and successful families, providing a unique wealth management process that helps clients organize and clarify their personal finances to achieve peace of mind. Founded on core values of integrity and exceptional service, clients have benefited from this tradition of objective forthright advice for over 35 years.

Blankinship & Foster has been recognized by such periodicals as Worth, Medical Economics, Wealth Manager, Financial Advisor, and other industry publications. For more information about Blankinship & Foster, please call (858) 755-5166.