Year-End Tax Planning for 2014 – Moves You can Make Now

2014 is drawing to a close, but there are still some important moves you can make in year-end tax planning for 2014 that may really help at tax time. 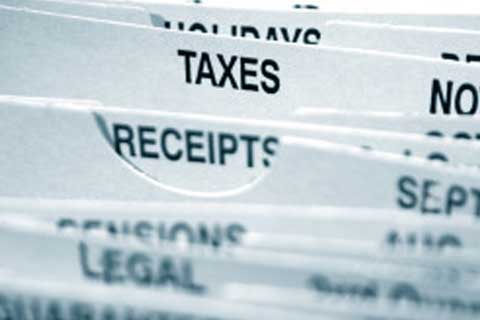 The American Taxpayer Relief Act (ATRA) of 2013 brought the opposite of relief for higher income taxpayers, whose taxes increased due to their income reaching new “thresholds.” Built into the ATRA changes are tax increases like the Medicare Tax and the Pease Limitation on itemized deductions. The Medicare tax is triggered when income reaches the $250,000/$300,000 (single/married) Adjusted Gross Income (AGI) levels, and deductions start to disappear at the $400,000/$450,000 levels.

If you’re affected by these new income level traps, a good year-end tax planning move is to reduce your 2014 Adjusted Gross Income (AGI) by deferring income. This can be done through strategies such as increasing 401K salary deferrals or contributing to a self-employed retirement plan. The self-employed have an additional opportunity to defer income- they can delay billing so that some year-end income gets delayed until January. Accelerating deductions may also be helpful; it won’t reduce AGI, but it can help keep you out of the higher tax brackets. Accelerating deductions may be tricky so late in the year, and it isn’t foolproof, as some deductions can be lost to Alternative Minimum Tax.

One way to readily accelerate your deductions is with your charitable giving. As Rick wrote about in an earlier article, “Tax-Efficient Charitable Giving”, certain moves can help you maximize the tax benefit you get from your charitable giving. An example is the double benefit you get from giving shares of appreciated securities rather than cash (a tax deduction for the securities’ market value, and avoiding capital gains on selling the securities). You can accelerate the deduction by funding a Donor Advised Fund, which allows all the contribution to be deductible in the year of funding, then provides a pool of investments to be used later for giving over multiple years.

Another great move that we’re expecting to be available to IRA owners over age 70½ is the Qualified Charitable Distribution (QCD). A return of the QCD (still pending Congressional action) would likely mean that charitable gifts done directly from your IRA can help to satisfy the IRA’s Required Minimum Distribution AND reduce your gross income. This would help you more than the itemized deduction would. On the down-side, a QCD can’t be used to fund a Donor Advised Fund.

Adding to a Roth IRA won’t reduce this year’s tax bill, but it can help reduce future tax bills for years to come. For investors whose income is temporarily low (such as in the early years of retirement, or even negative due to losses or deductions) a Roth Conversion can be done for little or even no tax cost, which makes a lot of sense. And, a Roth Conversion can be re-characterized after year-end, which allows you to see exactly what the tax cost will be, and undo some or all of it if the cost is too high or if the converted assets lost value after year-end.

A recent IRS ruling opens a ”back door” for some high income earners to contribute to a Roth: the ruling allows after-tax contributions made to a 401K plan to be rolled over directly to a Roth IRA without a tax impact, regardless of the 401K owner’s income level.

Required Minimum Distributions (RMDs) are a fact of life for IRA owners over 70½, but there a few things you can do to time them well for the best tax result. If you’ve just reached age 70½ this year, you have until April 1 of next year to take your first RMD. This one-time grace period means you can hold off on having that income on your return until next year. However, you’ll still have next year’s RMD, and that has to be taken by December 31st of next year. So, if you delay the first RMD until next year, you’ll have two RMDs on next year’s tax return. That double income could hurt more than delaying the income this year helps.

If you are over 70½, still working, and a participant in your company’s retirement plan, you can hold off taking RMDs on that company’s plan (provided you don’t have 5% or more ownership in the company). However, if you terminate employment any time during the year, you will have to take an RMD for that year – even if you retire on December 31.

Side note: Just because you are required to withdraw the money from your IRA doesn’t mean you have to spend it. If you have enough income in retirement, and you don’t need the RMD for living expenses, why not put it back into savings or investments?

Despite the phrase “year-end tax planning”, you shouldn’t wait until December to make your tax-planning moves. December is a busy month for everyone, and the holidays really limit the amount of business days to get things done. You’ll want to discuss any year-end tax planning moves for 2014 with your tax preparer early—and you don’t want that discussion to be a last minute surprise.

So, if the actual year-end is too late to do year-end planning, when is the time to do it? Well, how about now?! Holiday mania hasn’t hit yet, and there is still time to think through which moves make sense from both a tax and portfolio perspective. Please give us a call to discuss which 2014 year-end tax planning moves are right for you.